Thank you so much to the Town Council, the Town Trust and others whose gifts have enabled us to buy some lovely new toys for our growing number of ‘Tiddlys’. 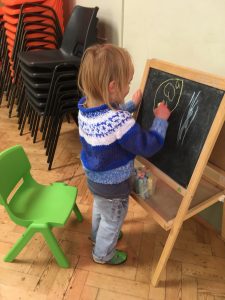 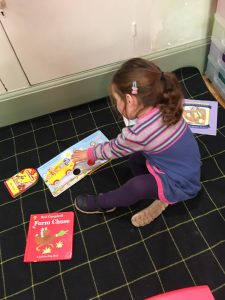 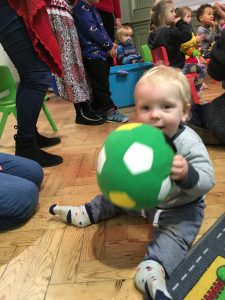 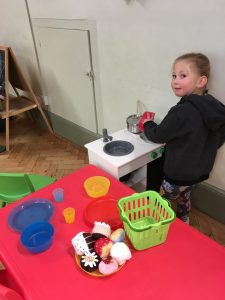 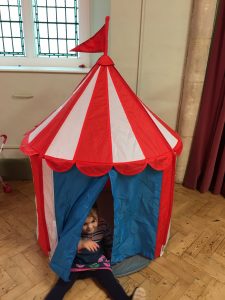 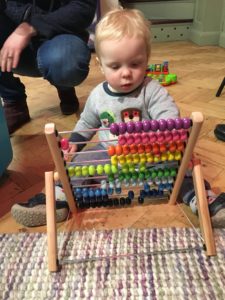 At the 11th hour on the 11th day of the 11 month silence fell at the Bradninch War Memorial just as it did over the battlefields of Europe exactly 100 years ago, marking the end of the First World War. 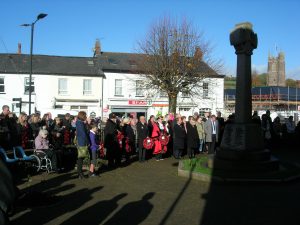 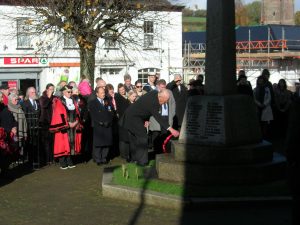 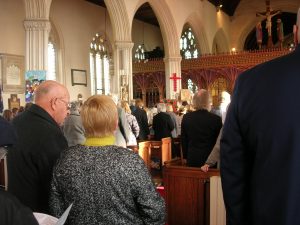 A Remembrance Service at St Disen’s Church followed the laying of wreaths. Afterwards there was an opportunity to look at the St George’s Chapel set out with some of the gifts donated in 1917 when it was renovated as a War Memorial.  These included the recently restored bog oak cross and silver candlesticks on the altar.  The congregation was also able to admire and  reflect upon the beautiful cross stitch tapestry, on its especially made stand, bearing the names of 66 men from Bradninch and Hele who died as a result of the war.  They are more than names. 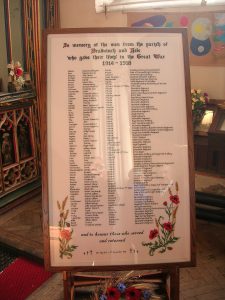 A collection of £269, made at the service, has been forwarded to the Royal British Legion. 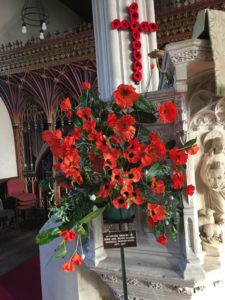 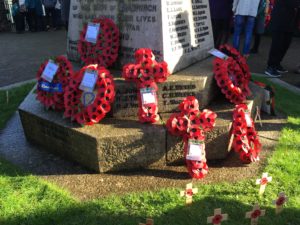 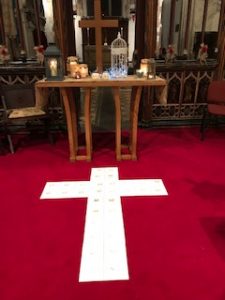 A beautiful candlelit memorial service was held in St Disens on Sunday 4th November.  Moving and yet comforting as the long list of names was read out and as people came forward to light candles for their loved ones.  They are more than names.