American congressman. George West was born in Bradninch on 17th February 1823.  When he was ten or twelve years of age he went to work at one of the Kensham paper mills which were located down on the river Culm on the south side of Bradninch.  At the age of fourteen he became an apprentice at Hele Mill, a large paper mill also on the river Culm, not far downstream from Kensham.  West worked at Hele Mill, living in Bradninch until the mid 1850s when he emigrated to New York state together with his wife and children and also his father and a sister; his mother, Jane had died in 1854 and is buried in the churchyard in Bradninch.  By the 1860s the family had settled in Ballston Spa in Saratoga.  Here West turned his paper-making skills to good account, manufacturing paper bags, at a time when most bags were still made of cotton.   His factory in Rock City Falls  was one of the first to use machinery to manufacture bags.  West used jute fibre imported from India for his bags which he was able to sell more cheaply than the ‘traditional’ cotton bags with the result that he sold millions and became known as ‘The Paper Bag King’.  By 1880 West had 12 paper mills.  He served as a member of the New York State Assembly in the 1870s and became president of the First National Bank of Ballston Spa in 1879, an office he held until his death.  He was also elected as a Republican to the 47th, 49th and 50th Congresses, holding office from 1881-1883 and   again from 1885-1889.  West sold his successful paper mill business to the Union Bag and Paper Company in 1899.  He died at his home in Ballston Spa in 1902. 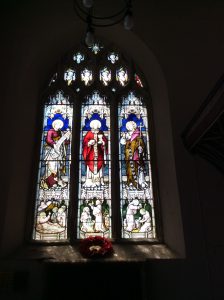 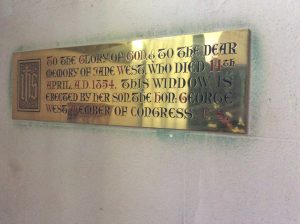 With acknowledgement to P. Nash and T. Starr